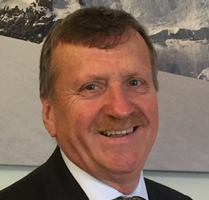 Dr Stan Gauden is a Radiation Oncologist and Director of the Northern Cancer Service. Since commencing clinical practice at the WP Holman Clinic in Launceston, Tasmania, in 1994, he has been instrumental in developing a comprehensive, integrated cancer service for the regional and rural population of Northern and North West Tasmania.

Following graduation from the University of Tasmania, he underwent his specialist training in oncology initially at the Royal Hobart Hospital and then at the Queensland Radium Institute, Royal Brisbane Hospital.

His appointment as Clinical Leader to CanNET Tasmania resulted in the establishment of a Tasmanian Cancer Clinical Network, the promotion of a state-wide focus in cancer service planning and the expansion of information technology aspects of cancer service delivery in Tasmania.

He has brought to the Northern Cancer Service his experience in cancer service development through ongoing work on Commonwealth and State strategy committees, as board member of the Faculty of Radiation Oncology, Royal Australian and New Zealand College of Radiologists, and of the Cancer Council Tasmania, as well as chair of the Cancer Council’s Scientific and Research Committee.

He is actively involved in research activities and is a published author. His expertise in brachytherapy has been recognised both nationally and internationally.

Dr Gauden’s particular clinical interests include the management of lung cancer, head and neck cancer, as well as the use of brachytherapy for malignant disease. He has been instrumental in establishing the Australasian Brachytherapy Group and has previously been the chairman of that group. 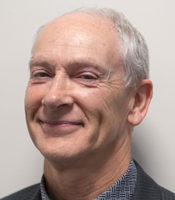 Initially qualified in Medicine in the UK. He then trained in Radiation Oncology at the Peter MacCallum Cancer Institute in Melbourne, qualifying in 1990.

Between 1992 to 1998 he worked in the Geelong Radiotherapy Centre in Victoria, before moving to Launceston.

He currently works full time for the WP Holman clinic, also providing services to the North West Cancer Centre in Burnie, working in both departments as a General Radiation Oncologist, but with special interests in Gynaecology (providing Brachytherapy treatment for Tasmania), and  also Urologic Oncology. 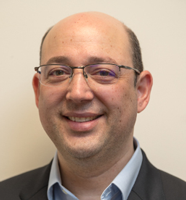 Dr Bell resides in Launceston with his wife and two daughters.

He has worked in General Practice, Medical Oncology, Haematology and Palliative Care, all of which have helped him to appreciate the holistic care of patients and their families.

Dr Bell obtained his Bachelor of Medicine and Surgery at the University of Western Australia.

He is a fellow of the Royal Australasian College of Radiation Oncologists. 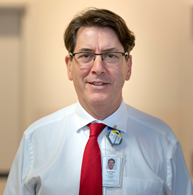 Dr Richard Foster graduated from the University of Tasmania in 1982. He trained in Radiation Oncology at centres in Newcastle, then in Sydney at the Prince of Wales and Royal Prince Alfred hospitals.

Dr Foster has published in the Australian medical literature and presented at the annual scientific meeting of the Royal Australian and New Zealand College of Radiologists. He has also presented discussion papers at the request of specialists and lay groups and refereed articles submitted to the College journal.

Dr Foster’s main interests include cancers of the breast, prostate, bowel, lung, head and neck, and an interest in palliative care. 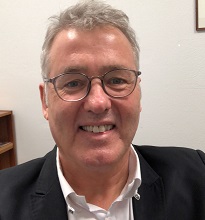 Dr Michael McKay, MBBS (Hons), FRANZCR, Ph.D, MD, is a Radiation Oncologist at the Northwest Cancer Centre in Burnie, Tasmania. He has broad clinical interests but a particular interest in breast and CNS tumours and in palliative care.

He trained in Radiation Oncology in Sydney and following this undertook a PhD at the University of Sydney. This was followed by a funded postdoctoral fellowship in cancer genetics at the Department of Cell Biology and Genetics in Rotterdam, The Netherlands, where he discovered a number of human genes involved in the body’s response to radiation. This formed the core of his translational research platform at the Peter MacCallum Cancer Centre in Melbourne. Additionally, he practiced in breast cancer oncology during this time.

He also worked at the Canberra Hospital/ANU and the North Coast Cancer Institute in Lismore NSW, where he was a full time Radiation Oncologist and Professor of Radiation Oncology, the latter at Sydney University. He is currently an Honorary Professor at the School of Cancer Medicine at La Trobe University and at the Olivia Newton-John Cancer Research Institute in Melbourne.

Dr McKay has supervised many clinical and research trainees and students to higher degrees, has over 125 scientific publications and has been awarded over $6M in competitive research funding, including 10 NHMRC Project Grants as Chief Investigator. He is an editorial board member on a number of journals and has given many national and international invited presentations.

He is excited by the opportunity to serve the community of the North West region.