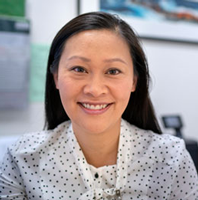 Dr Duong graduated from the University of Tasmania, and completed medical oncology training in Melbourne, Australia. Subsequently, she completed a fellowship in Clinical Cancer Genetics at the Royal Melbourne Hospital and Peter MacCallum Cancer Centre.

She has an interest in familial cancer and in treating breast cancer, colorectal cancer and general oncology.

Dr Duong loves to cook and spend time with her family.

The lure of life in Tasmania, and fine Tasmanian wine and cheese has brought her back home. 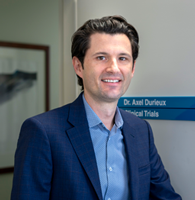 Dr Durieux trained in France, in cancer centres in Normandy (his home province), Bordeaux and Paris. He worked in France until 2014, then moved to the U.K. where he worked as a locum consultant Oncologist in various hospitals for the NHS, before relocating to Australia 2 years later.

As part of his training, Dr Durieux wrote a thesis on breast cancer prognostic factors and to this day, breast cancer is still one of his areas of interest, along with medical education and quality-improvement processes.

Dr Durieux enjoys travelling, history and fine restaurants – these are good reasons to settle down in Tasmania! 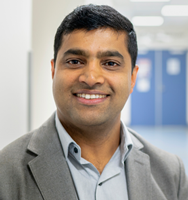 Dr Shams Padinharakam completed Medical Oncology training in Sydney and did a fellowship in “enumerating circulating tumour cells in rectal cancer” at Ingham institute, Sydney. He started working at Holman Clinic as a Medical Oncologist in Feb 2016. Prior to moving to Australia in 2006, he worked in the UK and prior to that he was in India, where he grew up and did his Medical Degree. Dr Shams has a post graduate Diploma in Palliative Care from Edith Cowan University, Australia. He worked in Palliative Care in India for 5 years. He was instrumental in training doctors and community volunteers and setting up five community palliative care clinics, by raising fund from the community, in the southern Indian state of Kerala. This achievement is very close to his heart.

Dr Shams is interested in treating upper and lower GI cancers, Lung cancer, Melanoma and Genitourinary cancers. Shams is very interested in managing geriatric patients taking their frailty and comorbidities into consideration and loves to listen to the older people.  He is also a Senior Lecturer at the UTAS Clinical School.

'Shams', as he likes to be called enjoys nature, travelling and knowing different cultures. Shams can read, write and speak English, Malayalam and Hindi languages. He visited Tasmania for a week in 2013 and instantly he and his family then based in Sydney fell in love with the place. Shams happily took the job opportunity at W.P. Holman Clinic when it came up in 2016 and is enjoying the Tassie life! 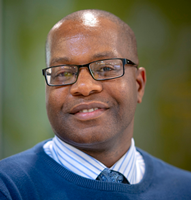 Aaron did his initial medical training at The University of Zimbabwe.

In 2002 he moved to New Zealand and after registration with the Medical College of New Zealand, did general medical rotations and advanced training in Medical Oncology. His oncology training started at Waikato Hospital in NZ and completed at Auckland hospital. He was awarded his Fellow of Royal Australia College of Physicians in December 2015 and worked as an Oncology and Haematology advanced trainee/fellow for 6 months prior to coming to Tasmania and Joining the North West Cancer Centre in Burnie.

Aaron is passionate about general oncology with special interest in Genitourinary, Breast and Colorectal cancers.

Outside work Aaron's interests including listening to jazz. 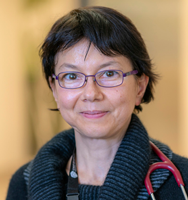 Dr Monica Dumbrava has worked at cancer centres across Australia and New Zealand since she emigrated from Romania in 2002.  Dr Dumbrava has clinics at the North West Regional Cancer Centre, Burnie and the Mersey Oncology-Medical Day Procedure Unit, Latrobe.

She has published two research papers, including a paper on how patients with rare forms of cancer perceived the healthcare system.

Dr Dumbrava has a strong interest in clinical trials and is a strong advocate for patients on the North-West of Tasmania having access to new cancer therapies. 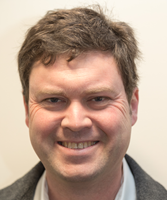 Dr Power qualified with a Bachelor of Medicine and Bachelor of Surgery from Monash University in Melbourne in 2001. He became a Fellow of the Australasian College of Physicians (Medical Oncology) in 2009. During his training he worked in a range of cancer centres in Victoria.

Dr Power moved to Tasmania and joined the W.P. Holman Clinic team in 2010.

He is a member of the Cancer Council Tasmania Medical Advisory Board and is the lead supervisor for Medical Oncology Training at the Northern Cancer Service. Dr Power sees his work with patients and their families as a privilege and he values the collaborative approach to care provided at the W.P. Holman Clinic. 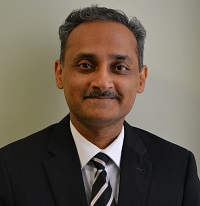 Dr Pandey completed his initial medical training in 1999 and Medical Oncology training in 2006 and was awarded the International Development and Education Award from American Society of Clinical Oncology in 2009.

Dr Pandey became a Fellow of the Royal Australasian College of Physicians in 2012. Initially, he worked as a Medical Oncologist in Launceston for nearly 2 years and then in Cairns for 8+ years before returning to Tasmania. During this time he was also a Senior Lecturer at the James Cook University and is an accredited supervisor for advanced training in Medical Oncology with the Royal Australasian College of Physicians. He finds working in regional areas very rewarding as his patients are able to access expert clinical care locally.

It is this dedication to cancer patients living in regional areas that drove Dr Pandey to become involved in the Far North Queensland Tele-Oncology Project. This project received a multimillion dollar grant from Queensland Health and was recognised in the Health Innovation awards by QLD Health. This project has changed many patient’s lives as they are able to conduct their lives with more normality and not have to schedule their entire lives around accessing cancer treatments.

Dr Pandey has been involved in a range of international clinical trials which have modernised treatments in lung, genitourinary and other cancers. He has several articles in peer reviewed journals to his credit.